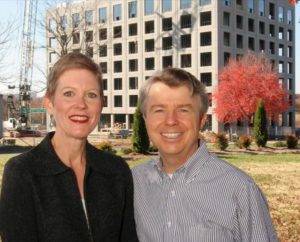 Growing up in Montana in a family of modest means, Dennis Quaintance began working as a housekeeper’s assistant at a Missoula hotel at age 15 and quickly worked his way up to assistant general manager. After high school, he worked in hotel management for four years before coming to Greensboro to help a friend open Franklin’s Off Friendly in 1979.

Quaintance and Mike Weaver formed Quaintance-Weaver in 1988, and the next year opened their first restaurant, Lucky 32, beginning a string of upscale restaurants and hotels featuring top-of-the-line quality and service. In November, QW announced an ownership retirement program for its employees

QW began an employee ownership retirement program fully vesting employees after three years in November. How has the new program affected employee attitude and performance in the short time since its inception?

Because our colleagues will not receive their first accounting statement for their participation in the employee ownership retirement program until mid-year, we have not made this a big topic. We think that over the coming years that this program will make a positive impact on our colleague’s attitudes about the role they play. But, most QW staff members are already “with us” with our macro intention of being of genuine service to our guests and colleagues. It is my belief that we’ll take this already high level of collaboration and unified intention / behavior and improve upon it … but over years, not days or months.

How has the Greensboro hotel market changed since 1998 when O. Henry opened?

Is there any underserved demographic (location or economic) for hotels in Greensboro or the Triad in general?

We are standing by with dry powder to respond to gaps in the market. We would like to have more businesses in Greensboro.