Correspondent Tom Wilmer reports from the Proximity Hotel in Greensboro, North Carolina, where he visits with owner-partner Dennis Quaintance. The Proximity, the first Platinum LEED-certified green hotel in America. According to the U.S. Green Building Council, LEED certification provides “independent verification of a building or neighborhood’s green features, allowing for the design, construction, operations and maintenance of resource-efficient, high-performing, healthy, cost-effective buildings.”

The Proximity Hotel has the first elevator system in the United States that generates electricity; the hotel restaurant’s refrigeration system runs on geothermal energy; and the hotel uses 30% less water consumption via high-efficiency Kohler toilets. In November 2016, the Proximity became one of the few 100% employee-owned hotel companies in America.

Listen to the entire Journeys of Discovery Greensboro series.

The International Civil Rights Center & Museum preserves and showcases the legacy and significance of the Greensboro, North Carolina Woolworth sit-ins. Four young African American students at North Carolina A&T State University sat at a “whites only” counter inside the Woolworth restaurant on February 1, 1960. The nonviolent sit-in served as a major milestone of the civil rights movement and inspired sit-in demonstrations across the country. Correspondent Tom Wilmer visits with John Swaine, CEO at the International Civil Rights Center & Museum in downtown Greensboro.

Host of the Lowell Thomas Award-winning NPR digital media travel show, Journeys of Discovery with Tom Wilmer, Wilmer has also produced the on-air travel show for KCBX since 1989, and served as digital-media travel host for KRML in Carmel, Calif.

In addition to winning the Lowell Thomas Award–Best Radio Travel Show for several years, Wilmer is the recipient of more than a dozen prestigious industry awards for radio and video, and the prestigious Tourism Australia/QANTAS “Henry Lawson Travel Writing Award” for the best North American feature about Australia as a travel destination.

You are invited to subscribe to the Lowell Thomas Award-winning travel show podcast, Journeys of Discovery with Tom Wilmer, featured on the NPR Podcast Directory, Apple Podcast, the NPR One App & Stitcher.com. Twitter: TomCWilmer. Instagram: Thomas.Wilmer. Member of the National Press Club in Washington D.C. Underwriting support provided by the Society of St. Vincent De Paul. 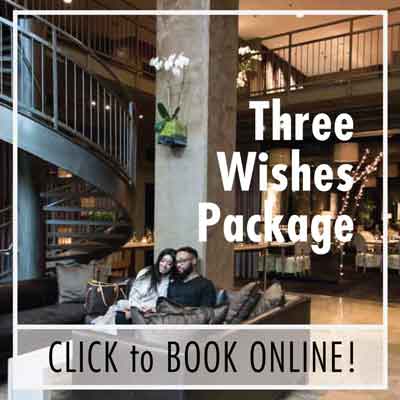