Chip is a Lexington artist and sculptor that met Dennis Quaintance in the mid-1980’s when Dennis was planning the first Lucky 32 restaurant in Greensboro. Dennis hired Chip to sketch architectural rendering of the building, as well as paint an art-deco mural for the inside.

Since then, Chip has had a creative roll in all subsequent Quaintance projects, including the murals and portrait in the O. Henry. Chip now has an original piece of art in every room of The Proximity.

For the full Chip Holton story read the article from the O.Henry Magazine and learn more about The Draw of Art in Modern Hotels.

Chip shares his sketchbook for the Proximity Hotel and his original ideas for the charcoal sketches.

AM rOdeO
We are delighted that our dear friends and extraordinary talents Evan Olson & Jessica Mashburn play original LIVE music at our places, pick out the playlists you hear throughout our hotels and restaurants and help us out with everything music.

Evan Scott Olson was born in West Point, New York.” He is a rock singer and songwriter based in Greensboro, North Carolina and has recorded seven albums including “One Room” (Universal) and “Red” (LoveCat Music). He’s also written and recorded several national television commercial jingles including songs for Hershey’s and Mercedes Benz. His songs have been featured in numerous television shows and movies.

Jessica Mashburn was born in Pinehurst, North Carolina. Jessica attended UNCG School of Music and went on to receive a fine arts music degree for piano/vocal performance from Sandhills College. In 2008 she was cast in the Triad Stage production of David Sedaris’ “Santa Land Diaries”.

Listen to AM rOdeO.
Upcoming performances 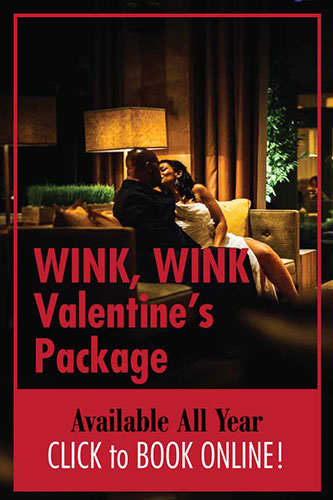