The Business Journal of the Greater Triad Area – September 7, 2007
by Justin Catanoso

Chip Holton, a Lexington artist and sculptor of some regional renown, remembers the moment well. It was three years ago. He was struggling financially. Sputtering professionally. His work, when he worked, was brilliant. But it always stopped for long stretches.

“I just let stuff come to me,” Holton says with a whimsical smile and a shrug. “I’m not a good self-promoter.”

But his friend and advocate, the ever- ambitious, ever-energetic hotelier Dennis Quaintance, had grown frustrated with such disinterest in business basics. He invited Holton to Greensboro for a long walk and a longer talk. Metaphorically, Quaintance took the artist by the collar and shook him.

“You’re so talented,” Quaintance told Holton, “but you can’t get your feet under you. What if you worked 30 hours a week, did one great painting a month, and sold it for a set amount? You’d have a consistent work flow and steady income. You could get some momentum. You could pay your bills.”

“I don’t know,” Holton said, the very idea of regular work hours something of a puzzle to him.

“You don’t know?” Quaintance retorted. “Chip, you don’t have any paintings to sell! You don’t have a Web site! You don’t even have an e-mail address. Listen, I would like to be your coach. Let me help you with this.”

Holton pondered the request, then asked, “So, if I do these paintings, will you buy them?”

But Quaintance knows his artist friend lives mostly in the moment, always has. Frankly, it’s one of the many qualities he finds so endearing about Holton. So he answered honestly.

“If you paint them, Chip, I might just buy them.”

An artist is born

Before we fast forward three years to today, to a soon-to-be unveiled artist-patron relationship of prodigious, Italian-Renaissance-era proportions, let’s learn just a bit more about this Chip Holton.

He was born 59 years ago in Lexington. His father was an attorney, his mother was an artist. When young Chip, as a 3-year-old, sketched a Mr. Potato Head in cowboy garb on the hallway wall outside his bedroom, his mother never painted over it. An artist was born.

Holton attended the Governor’s School in high school and studied philosophy at N.C. State. He has a complex mind that loves to grapple with life’s riddles ranging from anatomy to spirituality, body and soul. His head is often in the clouds, where he loves the vast space to think.

Holton’s artistic talent was bountiful, but he didn’t decide to become an artist until after college, after he had spent some time in Italy wandering through Renaissance churches and marveling at the work of Michelangelo and Raphael. The war was raging in Vietnam, but he had a high draft number and was spared. He began painting landscapes and portraits, embracing the rich, old masters’ techniques.

Back home in North Carolina, he worked for more than a decade designing exhibits and painting animal dioramas at the N.C. Zoo and the nature science center in Gastonia. When the one-off commissions for murals and sculptures at libraries and galleries across the Southeast started coming his way in the early 1980s, he gleefully waved goodbye to regular hours.

In the mid-1980s, Holton met Dennis Quaintance through a mutual friend just as Quaintance and his wife, Nancy, were planning the first Lucky 32 restaurant in Greensboro. They hired Holton to sketch architectural renderings of the building, as well as paint an art-deco mural for the inside. Holton also consulted on interior design.

Since then, he has played creative roles in all subsequent Quaintance projects. The classic portrait in oil of author O. Henry in the luxurious lobby of the O. Henry Hotel? Chip Holton. The huge, sumptuous mural of fresh foods over the kitchen in the Green Valley Grill? Chip Holton.

Several years ago, when the Quaintances started conceiving the $25 million Proximity Hotel, they included Holton in the brainstorming design phase of the massive building. Dennis, Nancy and their design consultants would toss out ideas, and Holton would seize them and start drawing.

Holton says, with some measure of pride, “I’ve always been able to support my wife and kids as an artist.”

That was true. But early this spring, bills started piling up. He was worried.

The business plan Quaintance had proposed — 30-hours-a-week, one painting a month — “leaked right out.”

Heck, Holton never figured out how to access the e-mail account Quaintance opened for him. But a friend is a friend. And Holton didn’t hesitate to swallow his pride and speak up.

“I need work,” Holton told Quaintance in early June. “A lot of it.”

At the time, Quaintance and his interior design team were wrestling with how to decorate the walls of the Proximity guest rooms, bright airy spaces with 10-foot ceilings. Reproduction prints were not only subpar, but expensive.

Quaintance wanted art that was special, unique, unifying. And like he does in so many other aspects of his business, he would love for it to be produced locally — if it made sense economically.

“How much would it cost to build a four-by-five canvas frame?”

“How long would it take you to do a simple, charcoal sketch?”

At the end of the Q&A, Quaintance reached a decision that would’ve made Lorenzo de Medici proud. He would hire Holton, pay him a fixed salary over a 10-week period, plus expenses, in exchange for enough original charcoal sketches on canvas to fill all 147 guest rooms, plus murals for the lobby.

Since late June, morning to night, Holton has worked like he’s never worked before. Day after day, Holton called on the “compost in my headful of art ideas” to produce one surreal, abstract or cubist canvas after another, ranging from simple to provocative.

“I’ve turned into a one-person factory,” he says, calling the process that motivated him: “Proxsynergy.”

“I was nervous about it,” Quaintance confides, “but I love what he’s come up with. Chip has really pulled it off.”

And thus, the newest hotel in Greensboro, which promises to be one of the finest boutique hotels on the East Coast when it opens next month, already featured in Travel & Leisure and The New York Times, will stand as a kind of eight-story gallery filled solely with Chip Holton’s artwork.

When we spoke with Holton a couple of weeks ago as he was finishing his canvases, he was exhilarated. But his former self was waiting in the wings.

He has some other art commissions that will keep him employed through the fall. But after that?

“I’m not really sure,” Holton says, genuine concern creeping into his voice.

But Quaintance, as always, has some ideas.

“I’m going to ask Chip to stay on as an artist in residence for another six weeks to three months,” the arts patron says. “If he’s around, I know we can use him in all sorts of ways and get good outcomes. I’m hoping that this would enable me coach him to replicate this experience with others.”

Quaintance doesn’t give up easily on people he believes in. And he believes in Holton. He also believes his carefree, live-in-the-moment friend might have finally learned some business savvy.

For his part, the artist smiles his whimsical smile and shrugs. 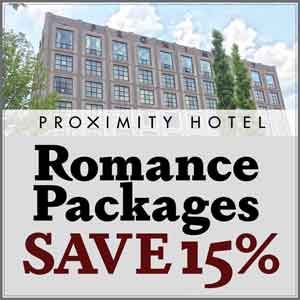 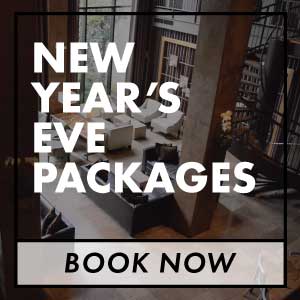